One of Europe’s most celebrated young singers, and ensemble Sprezzatura gave a début performance at the University of Macau. The concert, a not-to-be-missed performance by Sébastien Fournier & Sprezzatura, was the first Le French May event to take place in the University, and formed part of what is now the largest French culture and arts festival in Asia. Hosted by Moon Chun Memorial College, a rich programme of French, English and European music celebrated a developing relationship between UM, MCM College, Student Affairs Office, Alliance Française de Macao and Le French May.Counter-tenor Sébastien Fournier, accompanied by the musicians of Sprezzatura Ensemble (Thibault Lafaye, harpsichord, Carole Charbonnier Carrive, gamba and Xavier Janot, traverso), performed a broad array of music and early opera from various European courts, culminating in an encore performance of a Chinese folk song, with wholehearted approval from the audience.
M. Fournier sang with consummate skill and passion true to the spirit and characteristic nonchalance of 'Sprezzatura’ (the art of doing something intensely demanding whilst appearing unstudied and achieved without effort). Semi-staged drama and participation by members of the audience made for an evening of flair and sheer delight. There were outstanding instrumental moments in the Sonate in A Minor by Handel, elegant baroque flute playing from Xavier Janot, traverso, spirited and sensitive gamba from Carole Charbonnier Carrive, and deft continuo keyboard voice-leading, Thibault Lafaye, from the harpsichord, throughout. As stunning performances of remarkable intensity and passion unfolded, Sébastien Fournier and Ensemble Sprezzatura, engrossed an audience ranging over young - new-to-experience a counter-tenor and baroque music (children rapt with delight and bewildered wonderment) to a cognoscenti of devotees who had travelled by flight, ferry from as far afield as Paris to hear this gifted group live in concert.
The concert was made possible by many generous sponsors and supporters: Institut Pasteur, Grand Lapa, Alliance Française de Macao, France Macau Business Association, LS Wine Group, Bakery Élysée, Macau Anglican College, and the Consulate General of France in Hong Kong and Macau.
Institut Pasteur generously supported costs of all flights from Paris for Sébastien Fournier and Sprezzatura's residency at MCM College.
Chairman of Institut Pasteur, IP representatives, and Roberto Bruzzone, Co-director de Pasteur Lab, attended alongside Mme Anne Denis-Blanchardon, Consul for Culture, Education & Science, Head of the French Consulate’s Cultural and Scientific Department (SCAC).
Professor Kit Thompson, Master of Moon Chun Memorial College, said, ‘The unique and exclusive nature of this concert here in Macau cannot be over emphasised, as this proved to be a very rare and special opportunity to experience one of the most talented singers of his generation performing with his baroque ensemble’.
Whilst the concert was not intended as a fundraising event (all seats, adult, student and children, were generously provided by sponsors) it was hoped it might raise awareness of the work of Institut Pasteur, its research and projects, and others, Order of St John included, involved in remarkable humanitarian endeavor in terms of health care and vaccinations in Nepal.
Opportunities were made for children, students and guests to meet the artists in a post-performance reception.
Notes for editors:
Founded in 1998 by Sébastien Fournier, Xavier Janot and Jory Vinkour, the Sprezzatura Ensemble dedicates its mission to making Baroque music accessible to everyone, by offering new concepts of performance, initiating special collaborations, and promoting great repertoire. In 2010, they were chosen by the French Government to participate in the Shanghai Universal Exhibition.
After singing at the Maîtrise of Lyon Cathedral for ten years, Sébastien Fournier graduated from Conservatoire National de Musique of Lyon, and was a distinguished pupil of the Guildhall School of Music and Drama in London. He regularly collaborates with prestigious international ensembles (Les Musiciens du Louvre, Accentus, Les Arts Florissants), and conducts his own ensemble:
First used during the Renaissance by the Italian writer, Baldassare Castiglione, the word sprezzatura denotes “a certain nonchalance which conceals what may be highly complicated and demanding so that whatever one does appears to be without effort or thought. It is an elegant, studied naturalness.
Institut Pasteur is one of the world's leading research centres with some 100-research units, close to 2,700 people, 500 permanent scientists and another 600 scientists visiting from 70 countries annually.
Moon Chun Memorial College is a constituent college of the University of Macau. It strives to provide enabling outstanding educational experiences for all, celebrate through a rich arts and science community culture across borders, and promote explicitly pluralist international relations. During 2014-15 academic year, MCM College has held music residencies by Harrow School Chamber Orchestra (London), Stephen F Austin State University Texas Trio, Girton College Chapel Choir University of Cambridge, and Sébastien Fournier & Sprezzatura. 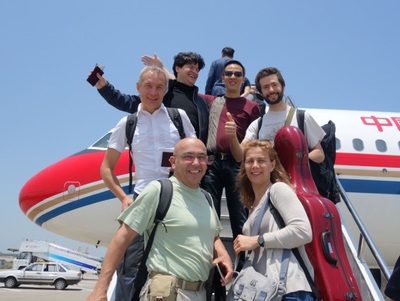 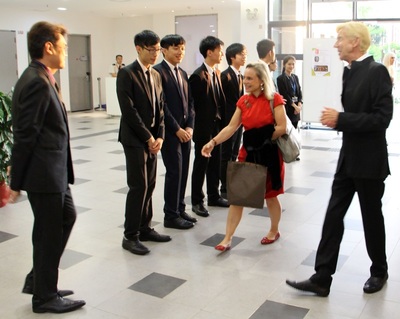 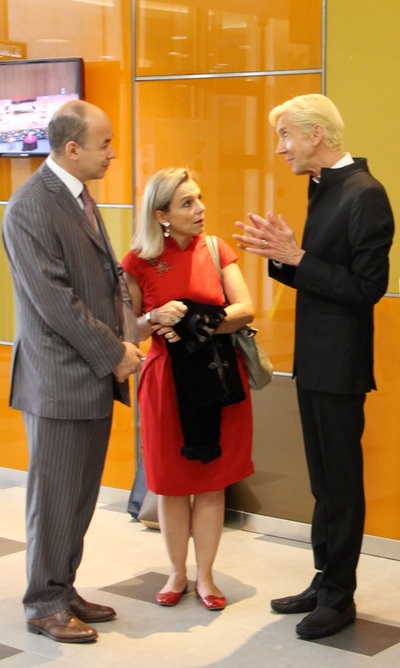 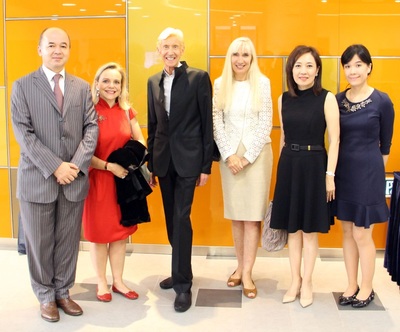 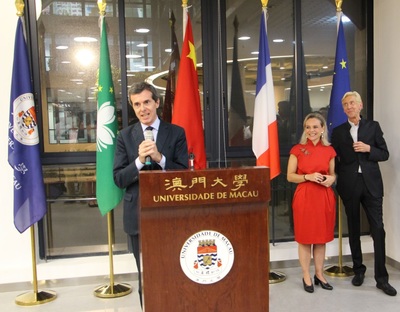 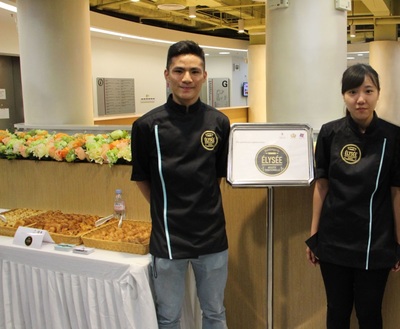 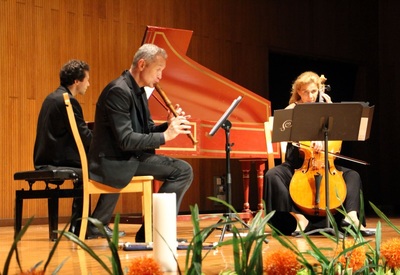 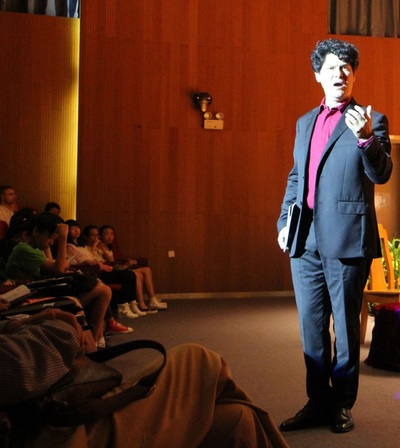 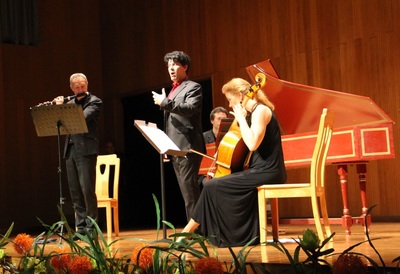 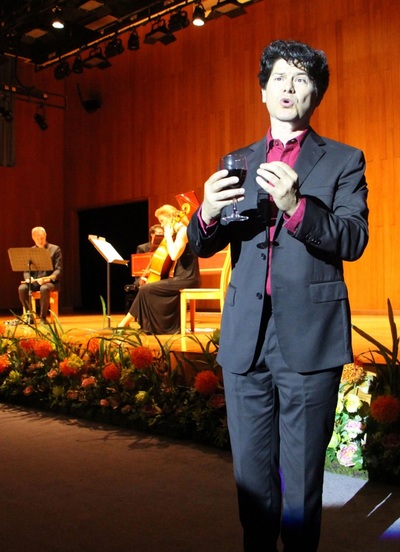 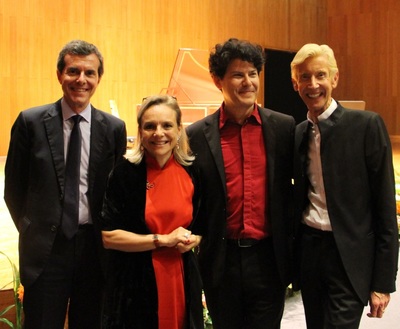 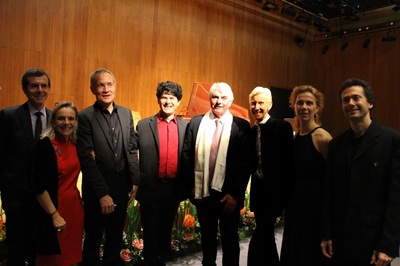 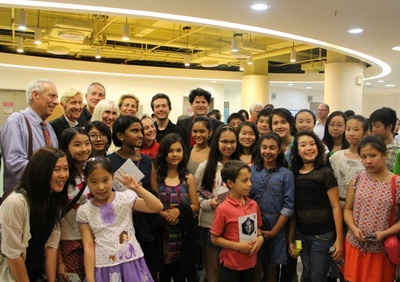 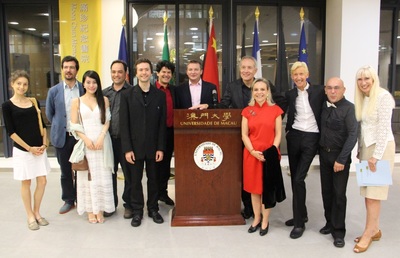 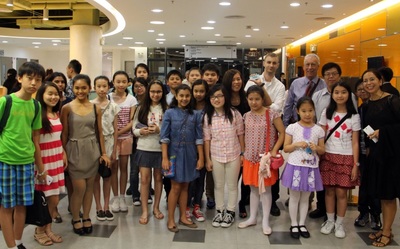 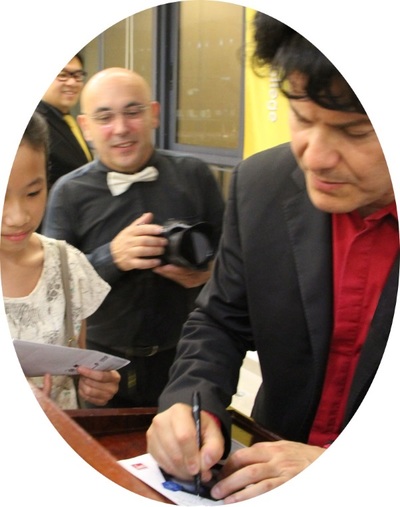